New Book, New Book Update And A Thank You by BJ Neblett

New Book, New Book Update And A Thank You by BJ Neblett

Well, this year probably isn't starting out exactly like we had hoped. But never fear. I believe it will get a lot better fast. But if you are having trouble believing that, there is a new book out from my friends at Wingless Dreamer that should help.

The Magic Of Motivational Poetry And Quotes as the title suggests isn't just for lovers of poetry. Inside the covers of this beautifully bound volume, you will find some of the most inspirational quotes by some of today's best writers. Use it for daily inspiration, keep it on the nightstand for quiet time comfort before bed, or just curl up with it for company on those rainy days. Along with great quotes, including a couple of my most popular, you'll find wonderful poetry for strength, comfort, inspiration, and food for thought. Click the link above to order yours or for more information. The Magic Of Motivational Poetry And Quotes is also available through Amazon.

Speaking of new books, Planet Alt-Sete-Nine Book Two: Princess Haylee is still on track for a late February early March release. This is the follow up to my popular dimension bending take on video gaming, alternate universe, and otherworldly New Millennialism contemporary fantasy Planet Alt-Sete-Nine: The Lost Princess. Check my January 9, 2021 blog post for a look at the cover and a sneak preview. Both books, along with all of my books are available through Amazon as well as your favorite bookseller. And keep checking back here just after release to purchase a signed copy of Planet Alt-Sete-Nine Book Two: Princess Haylee along with signed copies of my other books! 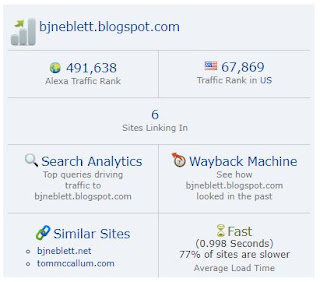 What you are looking at are some incredible numbers for a humble little blog site, namely this one! For me to be able to score these kinds of numbers among the literally millions and millions of blogs out there in the ether is due to one simple factor: You, my wonderful, loyal readers. And I humbly thank you! Thanks for your continued support. And as always, be sure to like, link and comment.
Till next time,
Peace
BJ

Looks like we are still set for a late February release date for book two of my dimension bending take on video gaming, AI, and alternate universes. Princess Haylee is the second installment of the Planet Alt-Sete-Nine series. Having conquered the video game she was beta testing for her boyfriend, Haylee has awakened and discovered she is heir to the throne of an unknown planet. Now she must make her way to Galloway City to accept her birthright, through dangers and intrigue and those who would keep her from the throne.

Here's a look at the first iteration of the book cover and a quick sampling. (Scroll down for a bonus!) 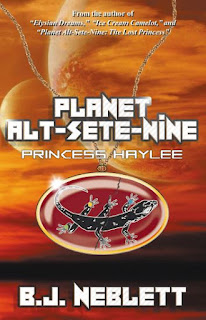 It had rained overnight, a cool, steady refreshing rain. Ominous clouds of violet and grey had already started to gather, even as Amber followed her twin brothers, slipping silently into the western horizon. Electric fingers of purple and gold tore through the night skies and deafening tolls of thunder forewarned of the impending downpour. Throughout the night, creatures stirred from their lairs to drink, as the thirsty earth greedily gathered-in the rare and welcomed offering. Not until leading sun Sol was approaching its zenith did the cloud cover begin to retreat and the nourishing green drops of rain start to abate.

“Was there ever a day more beautiful?” Cailey stood just outside the entrance to the cave, breathing in the sharp air. The wet forest glistened in the bright orange sunlight.

“Not for nearly thirty years,” Azami answered, moving beside her friend. “It’s hard to believe, Cailey, but the Magical Land of Galloway hasn’t tasted rain for almost three decades.”

“It’s incredible that anything survived.”

“Galloway has been resting, not dead; lost in a suspended state. Nothing has grown here, nothing has died, and nothing has moved. Not a plant or tree or creature or bird. Nothing has changed in all of that time.”

Cailey laid a hand to Azami’s shoulder. “From what I’ve seen and what I’ve experienced, in a way it’s the same for the rest of the planet. The people of Alt-Sete-Nine have given up. Since the end of the wars, they have reverted to the old ways. Most all live-in simple villages, tending to their own business, never venturing far from the private little worlds they have created for themselves. Even the people of Vista City are contented to remain safely concealed in their secret valley paradise. And nowhere does anyone speak of the princess, or the Royal Family, or even of Galloway.”

“You must understand that it is how Inhodu willed it. He knew of the hardships that lay ahead. He did not wish Galloway to suffer anymore. Nor did he want the people’s minds to be burdened with the memories of how it was before the Hundred Years War. Healing takes time, as does rebuilding. Don’t be too quick to judge them. It hasn’t been easy for your people.” Their eyes met as Cailey turned to the old woman. “Yes,” Azami said, “your people. Remember, you are mortal now. You are one of us. And this world is your home.”

“Tomorrow is promised to no one, my dear.” She brushed back an errant lock of Cailey’s long golden hair. Azami’s heart ached for Cailey. In many ways, the young woman was little more than a child, newly making her way through life. It was a life with an uncertain future. She wished she could find a way to offer up more than mere words of consolation. “Like everything, Cailey, our time is set from the moment we are born. You are still under the Great Wizard’s spell, a spell that dictates you must find true love or else you will perish.” A knowing smile crept across her face as she placed a finger to Cailey’s lips. “But spells were meant to be broken.” She stretched an arm out to the flourishing forest. “You of all people should be aware of that reality. Through your sacrifices and unselfish act of bringing the princess to life, just look at what you have helped to accomplish.”

The two women gazed out upon the Royal Forest of Galloway with renewed wonder. Longer than anyone could remember, the woods stood motionless, locked in time, frozen by the wizard Inhodu’s protective spell. With a simple declaration, and by the power of the medallion, the princess had broken that spell. Now the land thrived as never before with towering trees and lush vegetation. Verdant carpets of shimmering blue-green grass stretched beyond the horizon. Colorful birds filled the skies, while creatures of all types and sizes foraged in the warm rays of the suns.

“It is beautiful, isn’t it?” Cailey said.

“It lives, my dear. And so shall you. Remember, you can change your future, but destiny is a stubborn mistress. She will win out. And I believe an even greater destiny awaits you, just as it awaits the princess.”

The words brought needed comfort to the young woman. She placed an arm affectionately around Azami’s waist, pulling her close. “Thank you. You truly are wonderfully wise.”

“Maybe, but that is only if you measure wisdom in years, my dear.”

“So where is our princess on this magnificent day?”

“She was quite exhausted last night. We’ll let her rest a while longer.” 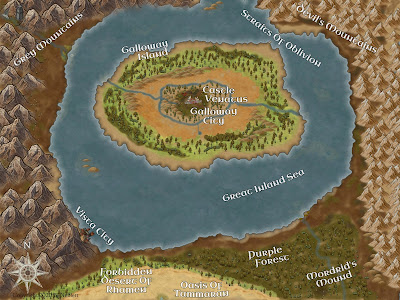