A broken heart can be devastating and lasting, regardless of the form it may take. 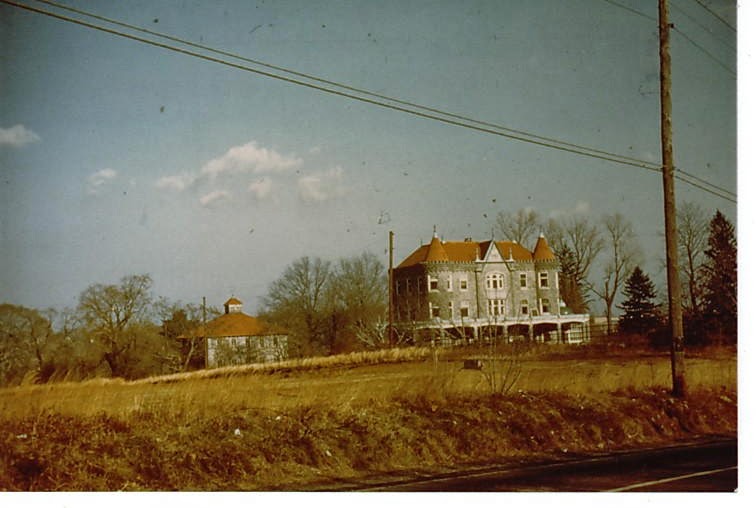 My beloved Becky in
happier times.

I remember the very first time my heart was broken. How can anyone forget something like that? I’m not talking about puppy love here, or a crush, or deep infatuation or even your first real romance. Having your heart broken, truly and totally broken, affects your entire body and every aspect of your life. The physical pain is there, just as real as a broken bone, only deeper, more intense. The emotional pain is indescribable, permeating and coloring everything you do, and all of your daily activities.
The ironic thing is that my first broken heart came not in the form of unrequited love, but rather in the guise of stone and mortar.
What does a magnificent Victorian house have to do with love and breaking hearts? To a hopeless romantic like me she was the embodiment of my deepest reverie. She was truly a thing of beauty, the kind of lady you fall for instantly; the seductress who haunts your dreams and blurs your days; the one you never fully get over.
I was maybe nine years old when I first met Becky. My family had recently moved to the suburbs. I spied her several times from afar through the dusty window of our old Ford sedan. She stood like a grand mistress, regally dominating the landscape from her noble perch atop a gracefully slopping hill top. But to me, she seemed more a warm friendly companion than the dominating queen. She called to me, silently weaving her spell. As I lay awake I could hear her sweet Siren song floating on the warm night air. It spoke to me, beckoned me, and filled my dreams with grand images from another era.
Soon, I was deep into exploring the new and fascinating world around me. Suburbia was unlike anything I’d ever experienced running the streets of south Philly. I missed the familiar feel of concrete beneath my Converse, yet soon discovered a strange affection for the green grass and blue skies and open spaces of my new home. Pedaling my trusty old Columbia two wheeler one warm summer morning, I found myself at the entrance to a long, gracefully curving driveway. Hopping off my bicycle, I looked up in awestruck silence. Becky peered down at me from her lofty position, her sweeping portico a welcoming smile to a weary traveler. She spoke to me, inviting me to visit, with the tender, genteel voice of a refined lady. I had recently finished reading Tom Sawyer and perhaps Twain’s earthy prose struck a chord. “Hello, Becky, my name is Billy. It is very nice to meet you ma’am,” I said aloud and started up the tulip lined driveway.

Becky was born in 1907. A generation earlier three brothers, French/Irish immigrants, arrived in America with little more than what they could carry. With ingenuity, hard work and a bit of luck, they made their fortune. Becky was the brothers’ crowning accomplishment, a graceful monument to the American Dream. She stood atop a peaceful hillside, commanding a breathtaking view of the original thirty plus wooded acres through which passed a gently flowing river. Her structure was of massive hand hewn granite blocks; her form a unique combination of French Castle and stately English Manor.  Becky wore an elegant sloping burnt orange slate roof; and sported grand over-square leaded window casements. As befitting any castle, ivy covered the side and rear walls of the main building, as well as the smaller carriage house. Becky’s corner battlements, capped with skyward sweeping spires earned her the majestic nickname of Château Épatant.

As I mounted the three polished marble steps, Becky’s immense front porch seemed to embrace me. Hesitating for just a moment, I slowly opened one of the massive mahogany doors and entered. Instantly, I was transported to a time of stiff round collars and handlebar moustaches; Gibson Girl hairdos and tightly synched waist lines; of high wheeled bicycles and brass motor cars; lawn croquet and Sunday picnics. I became dizzy, lost to the heady atmosphere of a forgotten time. It was a time and a feeling I wanted to know better; a place I wanted to experience.
The grand entry loomed over me three stories high. An imposing stone stairway seemed to extend to the very heavens. I could feel the house’s rhythmic pulse emanating from the rich wooden paneling. Becky’s pounding heartbeat met my own and we became one.
My feet never felt the blacktop as I raced down the drive. It seemed as if my heart would burst as I pedaled faster and faster. Scrambling through the screen door of our modest home, I announced proudly and loudly that I was going to one day buy the old mysterious castle on the hill.
Mom smiled, “That’s nice, Billy.”
A dozen years later, I returned from service in the Army to find my beloved Becky fallen on hard times. With no surviving heirs, she passed unnoticed through a few unconcerned hands, finally landing as a ward of the state. A group of investors, more interested in profit than history insulted my lady, dividing her spacious rooms and defacing the once lush front lawn. The newly erected tacky wooden sign indignantly declared: Castle Apartments, Elegant Living for Discerning Adults. However the intended residents never materialized. Becky became a haven for transients and directionless young people. Hard rock and all night acid parties replaced the formal cotillions in the once elegant ball room. It wasn’t long before the owners and police alike had enough. Becky was closed, shuttered and abandoned.
I never gave up on my desire to purchase Becky. My daily commutes to school; friend’s houses; on dates, and to work took me past the gracefully aging beauty. I would smile and nod knowingly, whispering, “Someday, Becky, someday, I promise.”
My chance came a year later. Local officials decided to make one last attempt to do something with the once proud property. Rumors of developers wishing to erect modern condos on her grounds abounded. The historical society failed in an attempt to raise capital to establish her as a local museum. Working with a realtor friend, I began to lay the ground work for making my dream a reality. During an inspection of the building, I found Becky still strong, noble and no worse for the wear. I could still feel her heartbeat as it matched and meld with my own.
Three nights later I awaken to the sounds of distant bells and frantic sirens. As I peered out of my bedroom window, the night sky took on an ominous smoky red-orange hue.
My heart ceased to beat.
It took firefighters from four departments all night and most of the next day to extinguish the massive fire. When the smoke finally cleared all that remained of Château Épatant was four charred stone walls. Vandals had taken Becky’s life.

As with any true love affair, I never fully got over Becky. It was the first time my heart had been broken. It wouldn’t be the last. But as the saying goes, perhaps the first cut truly is the deepest. I have lived several places since then; owned a couple of houses. Whenever I come across a Victorian style building I remember Becky. I can still hear her voice and feel her heart beat with mine. 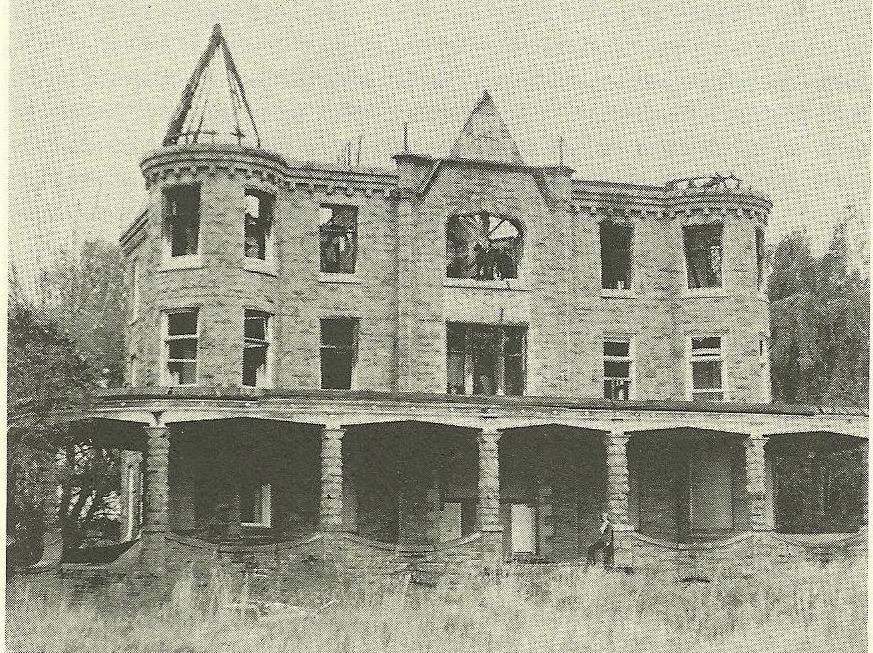 The last time I saw Becky.

Posted by BJ Neblett at 4:41 PM No comments: