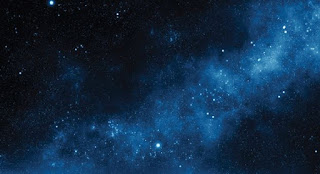 Monday, November 5, at 7 PM I'll be teaching a new class at Seattle's famed Hugo House For Authors. This time around we'll be discussing time travel and alternate dimensions, and how to create & write them effectively. The class is six week, and has proven to be a very popular one. Learn more and sign up on line at Hugo House - hugohouse.org.
As a primer, here are some of my own personal thoughts and ideas on this popular, controversial, and timely (sorry about that) subject.

“Time is a function of observation.” BJ Neblett

Each of us exist in one specific timeline within a universe or dimension to which we belong. This universe and timeline is our home-time. As we move through time, (time travel) we move into one of any number of parallel or non-parallel universes. Parallel universes contain either parallel timelines or non-parallel time lines which may be similar, but not necessarily identical to our own.

Parallel Universes/Dimensions
Parallel time lines are those dimensions or universes which seem eerily like our own. Upon first entering, one might think that they have not left their own home-time. However, there almost always are small, and some not so minor differences.
Non-parallel time lines are also like our own but differ strikingly in that they are experiencing a different passage of time from our own. While we may have left New York City, Planet Earth in the 21st century, we may find ourselves landing in New York City, Planet Earth in the 18th or 15th century, or any other time passage, past or future. It is not that we have traveled into their past or future, it is that what appears to us to be their past or future, (their present) is happening at the same time as our own present.
We can move into one of these parallel universes, or dimensions, at any point of present, past or future. While the universes may seem as our own, there is one major difference: we are present only in our visitor sense. This is not our home-time, therefore we are simply visitors, as one would be traveling to a different country. We may encounter circumstances we are familiar with, and persons we think we know. We may even meet persons we recognize as our parents and other ancestors. However, we will be to them as strangers, as this is their home-time, and not our own. Further, we may have a basic knowledge of things which occurred in the past, or will occur in the future (within this parallel universe's past or future). However, there will be some subtle and some more striking changes and differences between our own home-time and the one into which we have entered. This is due at least in part to the results of cause and effect (causality).
So, can we affect change? Yes... and no. Any interaction which we may purposely or inadvertently commit while visiting this parallel universe or dimension, will affect only this timeline, not our own home-time. When we return to our own home-time, we will find simply that we have been gone for X amount of time, although time elapsed in our home-time may be different from the passage of time we observed while time traveling. For example, we may be told that we have been gone from our home-time for several days, while our watch, which traveled with us, may show only the passage of a few minutes or seconds. The inverse of this effect is also true. But we have not affected change to our home-time, except that some may have noted our absence. However, conversely, any traveler capable of traveling from their own home-time into our own, is capable of affecting change within our home-time.
One may think of time travel as a traveler visiting another country. He may see sights familiar to him, but the people he encounters will not know him. His actions will have effect, only within the place he visits.

Non-Parallel Universes/Dimensions
Non-parallel universes and dimensions are those which exist completely independent and different from our own. Here we may find physical laws completely alien to our own. Here the possibilities, differences and similarities to our own universe are limitless. Here, as a visitor, we can be capable of affecting change, casually or purposely. And, again, the apparent passage of time may vary between the time traveler and his place of origin, his home-time.
Any travel between non-parallel universes and dimensions may or may not be construed as time travel. Skipping through dimensions without an apparent change in time to the traveler is entirely possible; while, at the same time, moving through time and dimensions is equally possible.

If your an author, scientist, physicist, great thinker, or just have some views on time travel and alternate realities, come join the discussion!

Posted by BJ Neblett at 3:39 PM No comments:

Infinite Internet: We Are All Connected by BJ Neblett

You never know where you will pop up on the web these days. I have been honored with having my words featured on the Dr Martin Luther King Memorial Blog; some of my sayings used to caption beautiful, thought provoking images; my quotes repeated and re-printed in numerous articles, blogs and books, and used as inspirational messages; and those same words have even been found posted on the wall of a suburban London subway station for all to read. And of course, my books and short stories have found themselves around the world, translated into numerous languages. But what follows proves that we are truly a global community, and what goes around comes around.
In 2010, researcher Angelica Ortiz de Gortari coined the term, Game Transfer Phenomena. GTP refers to the effects of extreme video gaming. Dr. Angelica can explain it better than me, so I'll let her tell you in her own words:

I coined the term “Game Transfer Phenomenon/a” (GTP) in my original study on GTP in 2010 to describe automatic thoughts, altered sensory perceptions and automatic behaviours transferred from the virtual and the physical world.
Angelica Ortiz de Gortari from gametransferphenomena.com

Late in 2016 I watched fascinated as my friend, fellow author Alissa Berger intently played a newly acquired video game. What followed was an extended discussion on video games and video game addiction. Over the next few weeks an idea for a new book began to develop in my brain. By early 2017 I had begun work on what would become my latest book, Planet Alt-Sete-Nine: The Lost Princess. However I had no idea where my ideas and writing would take me. That question was soon answered by pianist and radio host John Tesh.
Tesh's Intelligence For Your Life daily broadcasts feature tips and information on helping you make a better life. Topics range from weight loss to safe driving to the newest fads. And one of those interesting topics just happen to be on video game addiction and a new study being conducted on something called Game Transfer Phenomena, or GTP. And GTP was the perfect hook for Planet Alt-Sete-Nine!

Fast forward about a year and a half, Planet Alt-Sete-Nine: The Lost Princess is published and selling out to rave reviews and I'm busy working on book two Princess Haylee. And what do I stumble upon? Dr. Angelica Ortiz de Gortari's blog site and a very nice mention of my book Planet Alt-Sete-Nine and its use of Game Transfer Phenomena! Did someone say, "Small world?"

I urge you to read Dr. Angelica's blog, and the page on my book. Here's the link: http://gametransferphenomena.com/2018/08/game-transfer-phenomena-in-a-sci-fi-book/ Dr. Angelica's research makes for some very interesting, timely and a bit frightening reading. Some things all parents with kids into video gaming need to know.

Thanks for the mention Doc, I look forward to reading more of your research. Drop me a line and I'll send you that signed copy of Planet Alt-Sete-Nine.
Posted by BJ Neblett at 4:30 PM No comments: